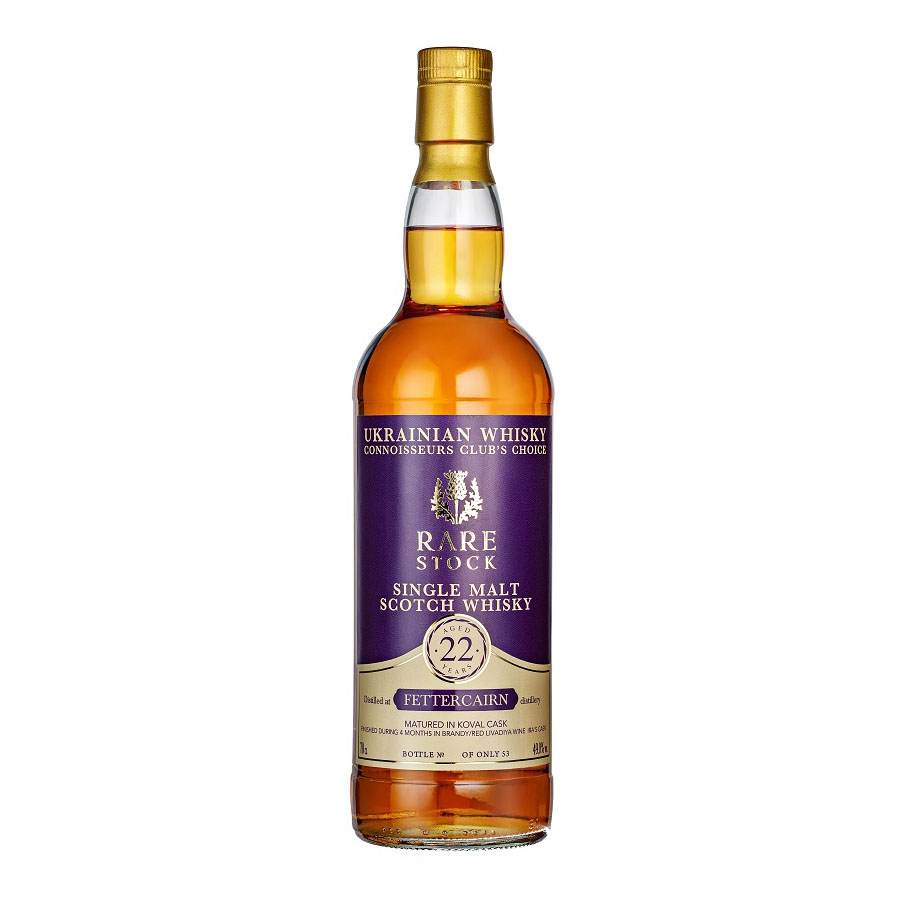 This is a unique whiskey. It was born at Fettercairn Distillery, which is one of the oldest in Scotland.

Officially, its history began in 1824. The founder and owner of the distillery was Alexander Ramsey. The coat of arms of his family was the Unicorn, which still adorns both the distillery buildings and the whisky labels. In 1830, Sir John Gladstone bought the distillery. His youngest son William was a successful politician. He was the Prime Minister of Great Britain 4 times, and during his administration passed a law that reduced taxes on the production of whisky.

Fettercairn whisky has been aging in a bourbon cask for 22 years. Then it was placed for further maturation in unique Quarter Cask, where first was cognac, and then red port, which distinguished by dark garnet color and velvety taste. Typically, for further maturation, either smaller casks or brandy or wine casks are used. In our case, we combined three types to hone the taste of whisky, fill it with the necessary aromas and notes.

When you hold a glass of Fettercairn whisky, breath its aroma and taste it, you feel yourself a part of something beautiful and sublime. People say that if to look into the eyes of the Unicorn for a long time, one can see the future…