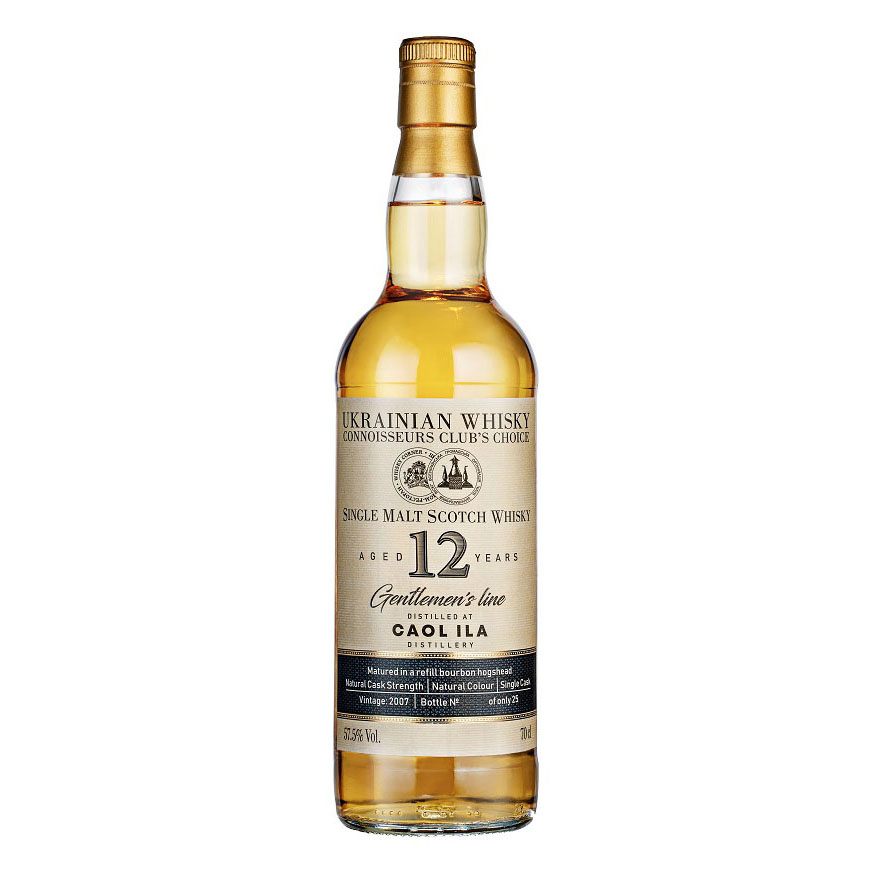 The first thing the arriving at Port Askaig ferries meet is Caol Ila Distillery. Through its huge windows, one can see pot stills, which in the morning are illuminated by the rays of the rising sun.

Immediately it becomes clear why Caol Ila whisky has such a sunny-golden color. UWCC members and Whisky Corner experts have already opted for Caol Ila whisky, selecting casks for their releases. Despite its “islandy” character, Caol Ila whisky willingly “collaborates” with wine casks, and its taste becomes even deeper and more versatile.

This release is unique for two reasons. Caol Ila whisky, which was selected by our experts and has been aging for 14 years in a bourbon barrel, was divided into two parts. The first part was bottled, and now you are seeing it. And the second part was placed in a white port cask for further aging. Thus, whisky lovers will have a unique opportunity to try Caol Ila whisky before and after the aging in a wine cask and evaluate the effect of cask on it.