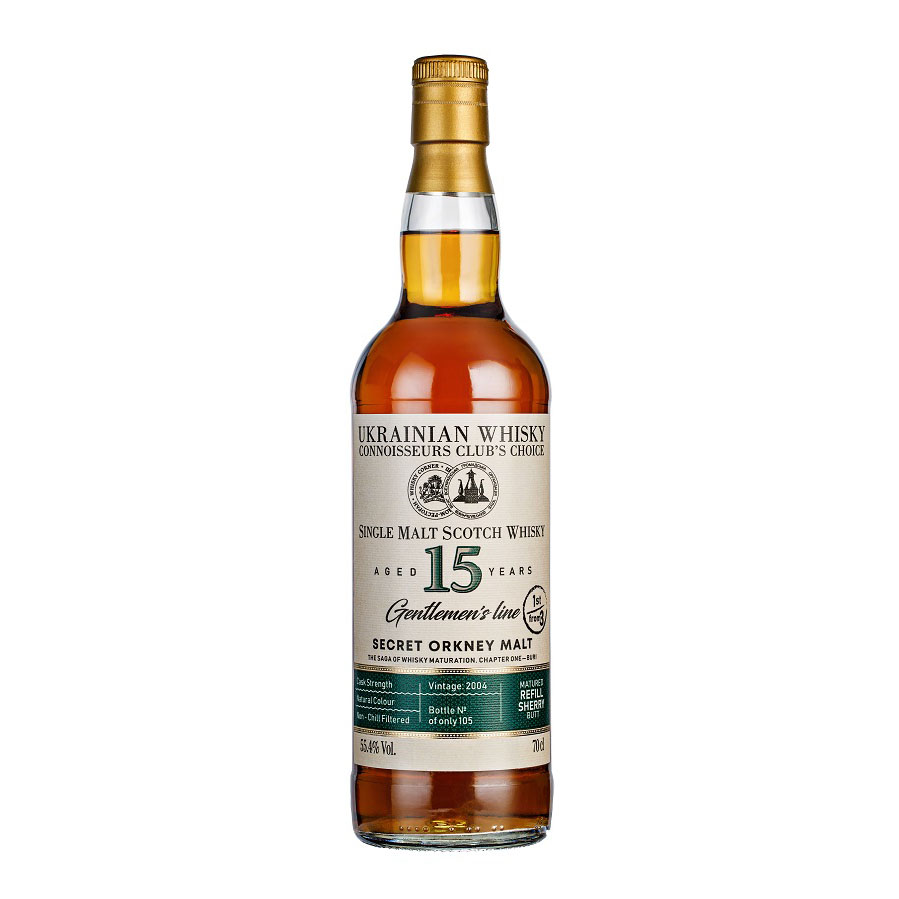 (Búri – was a powerful first man, father of Borr and grandfather of Odin, a highly revered God in Edda mythology)

Orkney is an island in the north of Scotland, sparsely populated, treeless, and remote. Giants used to live here, and the Ring of Brodgar or the Temple of the Sun is all that remains of the Main Giant’s castle. There are also Standing Stones of Stenness or the Temple of the Moon, Odin’s Stone, which united lovers and could give people magical power, a figurine of the Orkney Venus, and singing stones. But the main legend of the island is Orkney Single Malt whisky.

After 15 years in a sherry cask, it acquired the taste of vanilla and spices. A little oak and shades of sulfur make Orkney Single Malt a well-balanced whisky.